Adaptive reuse projects have been increasingly popular over the last several years in both commercial and residential development. This trend has also impacted the hotel industry, as limited building inventory in prime urban locations has created fierce competition among hotel developers, with adaptive reuse often being the best solution due to a lack of quality development sites in high-demand locations.

At the same time, the growing Millennial market is reshaping the travel industry and demanding a more unique, authentic experience in which the hotel itself is a reflection of place and has its own story to tell in its history and architectural heritage.

Despite the current popularity of adaptive reuse, there’s no definitive “How To” guide to deal with the unique challenges each project brings. At a recent HotelSpaces, Kevin Fennell, Director of Design + Construction for 21c Museum Hotels; Danny Hyde, Vice President of Design, Development, & Construction for Pacifica Hotels; and Nile Tuzun, Creative Director of Design and Branding for Alterra Worldwide spoke together on a panel moderated by AC Atherton, Director of Hospitality for Core States Group, about their companies' experiences – the good, the bad, and the over budget – with adaptive reuse projects.

Each company has had their own unique challenges – with adaptive reuse projects, and each has also received different responses from the communities in which they undertook their projects.

Fennell reports that 21c's experiences as a brand have been overwhelmingly positive, at least in terms of community receptiveness. 21c started with a vision to reinvigorate Downtown Louisville, and has continued opening concepts in second- and third-tier markets almost exclusively in renovated historic buildings with their seventh concept scheduled to open this year. 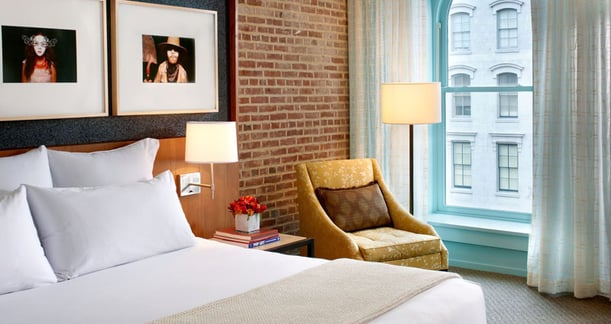 "We like to build on the historic legacy and memory of the buildings, but not in a nostalgic way," he states.

"We balance what's important from a historic and preservation perspective...but also from a design perspective."

Pacifica operates over 30 hotels in California plus additional properties in Hawaii and Florida.

"We do everything we can to honor the soul of the building and the location to make it come alive," Hyde says. "We try to make each room interesting and memorable."

Tuzun says that the focus of Alterra is on old historic, abandoned, and distressed properties.

"That's where we see the opportunity to purchase, to develop, and either bring on other brands as hotel operators or create our own brands," she explains.

While each brand tackles different kinds of projects – 21c has almost exclusively done historic renovations and has never worked with the same building type twice; Pacifica focuses on major hotel conversions, redeveloping properties that were formerly hotels; and Alterra develops mixed-use projects that include commercial, residential, and dual-branded hotel space in one development – all have had similar experiences in historic renovations. 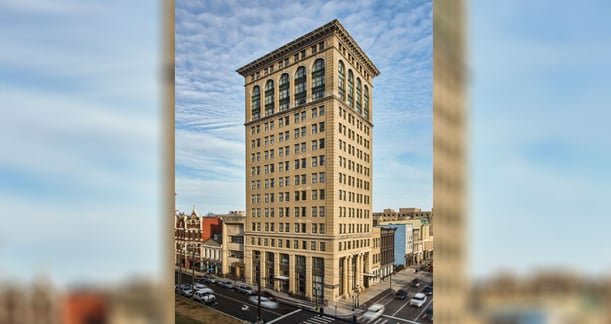 Tax credit incentives are a very common funding source for these kinds of projects, without which the overwhelming majority of them would be prohibitively expensive to renovate.

"We took advantage of historic and TIF tax credits," Tuzun says. "[There have been] a lot of complex financing models." Speaking specifically of a warehouse redevelopment project in Dallas, she says, "It has been vacant for 30 years and there was a lot of blight – it was too much investment for one [company] to take over."

"Being in second- and third-tier markets they're really excited to have us," Fennell says. "The brand has an impact outside of the footprint we're building. We work with municipalities and community groups that are very receptive to what we're trying to do, but on the other side of coin, [there are] communities in areas where the building is being converted and they have a connection to it and there can be a challenge to that, too. There is a lot of community engagement and involvement there. Obviously we want to do the projects we want to do, but there's a value in listening."

Hyde says Pacifica's experience of community reception hasn’t been quite so warm. "We've done 24 rehabs in the last 10 years and every one of them requires a public hearing and almost every one of them has had opposition. Typically people in California aren't fans [of what we're doing]." 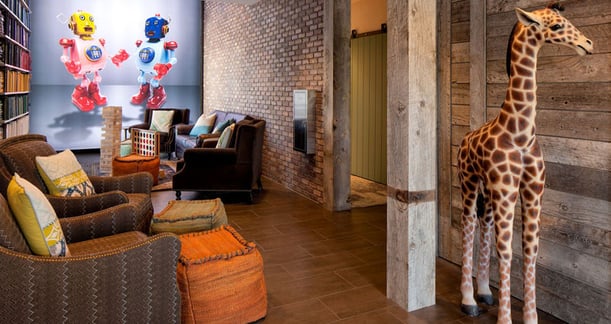 Tuzun agrees: "California is one of the hardest [markets]. I'm not sure why it's so difficult [there].

"We have to hire people to make people like us," Hyde jokes.

Other common challenges they face is trying to make a square peg fit in a round hole – making concepts fit inside buildings with challenging layouts and less-than-ideal spaces.

"We have an ideal program for the fantasy project where everything is perfect and falls into place, but we have not found the same program in markets we're working in so we have to shoehorn the concept into the building," Fennell explains. "[When you factor in] tax credits and requirements for restoration, that also adds a layer of complexity."

Tuzun, in speaking about the Dallas project, says the biggest challenge is in the footprint – because the building is so wide they can only make the units so long, which leaves a lot of "dead space" in the center of the building that they have had to creatively address in their programming with amenities. In addition to that, she says, there is also the matter of already being in the middle of construction and then suddenly hitting an oil tank buried under the concrete and being set back two weeks. 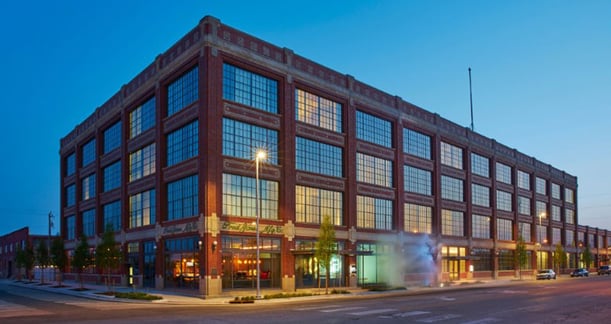 "That's a huge budgeting problem – you never know what you're going to find in these old buildings," Hyde says.

"I've been in this industry for 18 years and...never seen an adaptive reuse project done on time." - Tuzun

Fennell says 21c tries to anticipate this by building some "float" in the schedule, and they also try to get in and do the demolition and abatement work as early as possible and find an engaged contractor in the market who might know a bit more of the history of the building.

Despite the challenges inherent in adaptive reuse and historic renovation projects, each agrees that their goals are to personalize their concepts as much as possible, making them a reflection of place that also pay homage to the history of the buildings themselves.

"Historically brands haven't had the opportunity to be super personalized. Historically they've been more cookie cutter," Hyde explains. "We wanted to make things more for site-specific locations. A lot of our [planning] has to do with location-based, market-specific [concepts].

He continues, "We love to tell the story of the building in the most subtle way."

Fennell echoes this sentiment. "We're always interested in the legacy and history of the buildings but not in a nostalgic way. There's something to be celebrated in each project from the design and preservation perspective. We prefer to [highlight those details but also] be subtle and not overly articulate the history of the building."

Conversion projects might not be the easiest options, but from a design and guest experience perspective – they are perhaps the most rewarding.