Founder shares how guests have opportunity to be – and find – themselves

People are looking for transformative experiences, and they’re willing to pay for them.

Kadlubek, who also launched the creative consulting agency Spatial Activations, has spent a lot of time reflecting on the success of Meow Wolf since the scrappy upstart first debuted in 2008. What started as a group of twenty-somethings dumpster-diving for art materials has since evolved to become a world-famous destination that operates on two core ideals: to inspire creativity in people’s lives and to promote the idea that imagination can transform worlds.

The idea that imagination can transform worlds is certainly true for Kadlubek. Speaking at HotelSpaces, Kadlubek told his story, sharing how he went from being a broke artist in Santa Fe to creating and guiding a company that’s now at the forefront of large-scale immersive art experiences the world over. To give you an idea of just how big the Meow Wolf brand has become, their Denver attraction Convergence Station, which opened in 2021, sold 100,000 tickets in the first 24 hours they were on sale.

The Possibility of Tomorrow

It wasn’t always like this, Kadlubek said. Meow Wolf started as a group of artists in their 20s, all of them broke and all of them trying to figure out how to establish themselves. So they did it the best way they knew how: by themselves.

The challenge they faced, he said, was in finding how to push through where they were at that moment in time into the possibility of tomorrow.

“We were all artists and event producers and creatives of some sort. So the best way we knew how to do that was to start a music venue-slash-art gallery and just start making stuff, to leverage art and creativity and events to push through whatever barriers we were feeling as millennials or as residents of this affluent town of Santa Fe and just start expressing ourselves,” said Kadlubek.

“We were kind of tired of waiting for people to invite us to their spaces so we were just like, okay, we’re going to start our own space.”

And while it’s true that their own space was first outfitted with found objects cherry-picked from local dumpsters, the public didn’t seem to mind. Their found object “forts” proved popular in playing into people’s imaginations, encouraging them to explore these art installations on their own terms. It’s a lesson that would prove invaluable later on.

As Meow Wolf grew in popularity, the group found an old bowling alley that could help them take their installations to the next level, frame by frame. The cost was prohibitive but Kadlubek took a chance in writing to an old boss of his, the author George R.R. Martin of Game of Thrones fame, asking Martin if he’d consider becoming an investor. He did, and after a year and a half of finding additional investors and raising money, Meow Wolf’s House of Eternal Return opened.

It Starts with Agency

The House of Eternal Return was an immediate success, but it took a long time to get there. Meow Wolf built a full-scale house inside that old bowling alley, fully furnished and seemingly mundane. But when visitors opened the fridge, they found a portal to another world – a doorway to 15,000 square feet of wildly imaginative and immersive art installations, presenting visitors with an alternate reality to explore at their own pace in their own way.

That last part is important: Meow Wolf attractions succeed, Kadlubek said, because they create environments that allow for people to follow their whims. There are no maps, no clear instructions on what to do. Just explore and discover on your own terms. That’s it.

It starts with agency.

“Rarely do people have the freedom to do whatever they want inside a space of commerce. Oftentimes, people will go into the front yard of the house and they’ll say, ‘What am I supposed to do?’ And one of our docents will respond, ‘Whatever you want.’ And it’s hard for them to reconcile that they have the power of choice, that they have agency in this moment,” Kadlubek said.

He added, “Most operators, most people starting a business, most people opening some type of attraction or hospitality experience would be really scared of their customers not knowing what they’re supposed to do.”

Allowing for their customers to have that freedom of choice is one of the reasons that the House of Eternal Return smashed even Meow Wolf’s expectations. If they could attract 100,000 people in their first year, Meow Wolf would be the most popular museum in Santa Fe. That first year saw 500,000 people walk through that fridge. 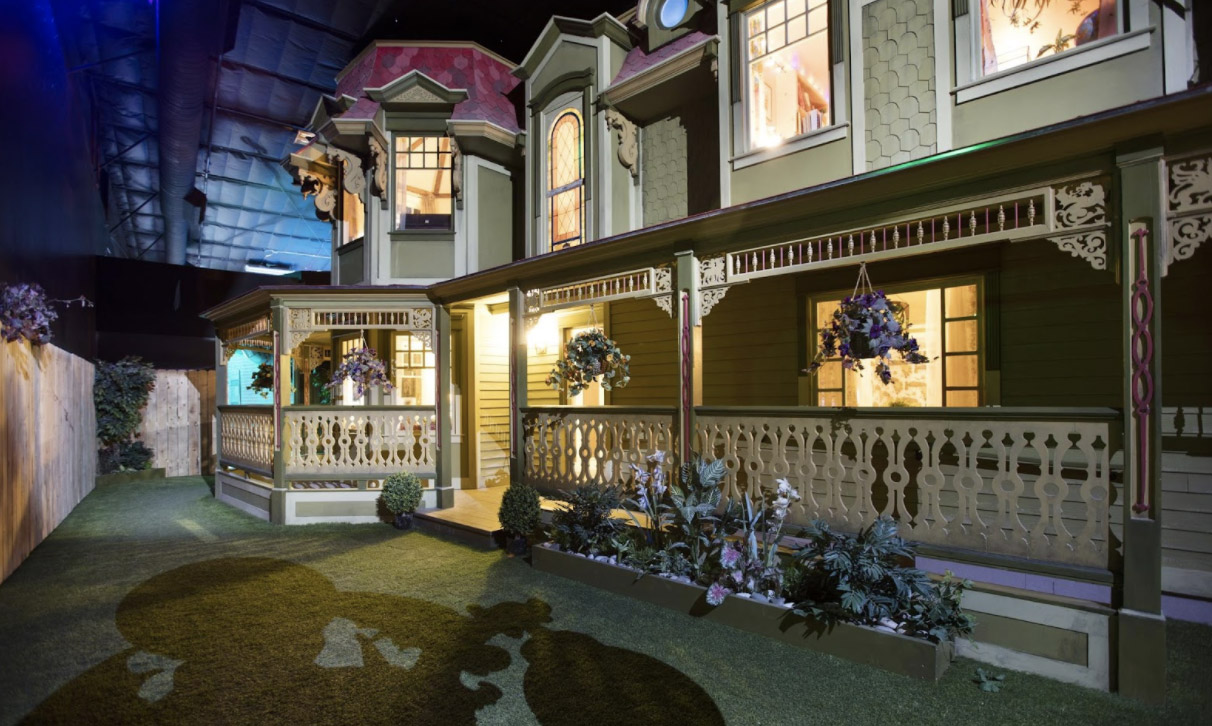 Agency leads to empowerment, which leads to exploration, which, ultimately, leads to discovery. It’s that chain of events which Kadlubek credits for the attraction’s immediate and sustained popularity. Exploration and discovery only happens when people are faced with the unknown.

That’s why the internet is so popular, he said, and why people are so attached to their phones. Each time you pick up your phone, and with every scroll through an app, you see something new, something you haven’t experienced before. But the moment you put your phone down you’re faced with the same old, same old.

On Being “Way More”

Putting your phone down also means you’re faced with something else very familiar: Yourself. We spend years building up our identities only to grow tired of the mundanity of the lives we’ve built, Kadlubek said. And while people try things like meditation to practice mindfulness and see the world anew, it’s exploring and experiencing new things that delivers the goods. Meow Wolf, he said, provides a place to do just that.

“We work to break down this identity that we’ve created just to feel like the future is possible again. But, ultimately, experiences are some of the best opportunities for people to venture into an unknown environment and be sparked by the spirit of life,” he said.

Meow Wolf continues to grow, and the company is looking to branch into hotels. The way Kadlubek sees it, hotels should either be purely functional or something “way more.” It might be expensive to build “the Tesla of hotels,” but Meow Wolf wants to build something that’s so much more than just somewhere to stay.

After all, he said, people are looking for transformation, and they’re willing to pay for it. Given the meteoric success of Meow Wolf, he just may be on to something.