Will Innovations in Modular Construction Transform the Hotel Industry? 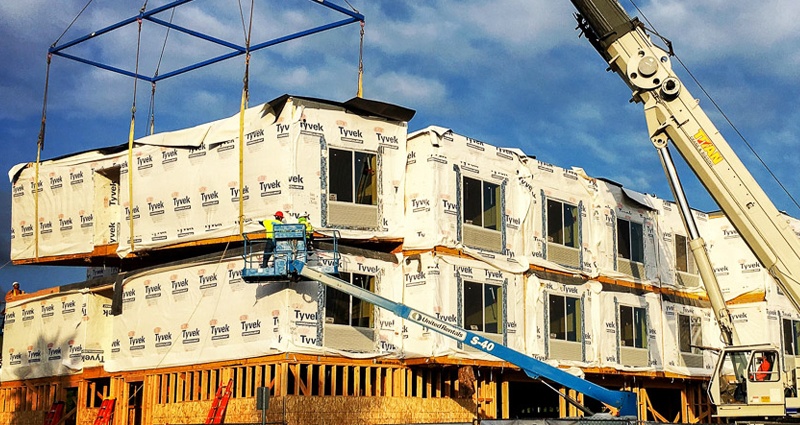 Though popular with budget hotels, America’s mid-range and higher end hotel brands have been slow to embrace modular construction, an option popular in Europe and Asia for many years.

In 2017, however, modular is “trending” in the states. Top brands have reassessed prefab options and seen their tremendous upside.

In many ways, prefabricated construction could prove transformative, especially in regions with high labor costs and/or limited skilled labor pools. Because they’re assembled in factories rather than onsite, modular construction isn’t subject to the vicissitudes of weather and hoteliers are shrinking construction timeframes with a number of high-profile projects coming in well ahead of schedule.

The Mod movement owes its surge to improvements in technology that allow brands to customize design elements. “Hoteliers often want to put their ‘brand’ signature into the design, particularly in public spaces like a ballroom or restaurant,” says JLL’s Richard Harris in their Real Views newsletter. “Now, modular builders are becoming more flexible in providing different colors, sizes, or looks. That variety of choice makes it more inviting for hotels that aim to provide localized, individual experiences.”

A piece in Hospitality.Net highlights intrinsic advantages as well as recent improvements to modular construction: 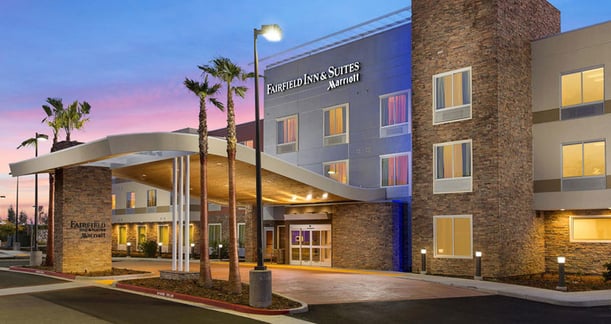 While IHG has embraced prefab for its Holiday Inn Express properties in Europe, through “a groundbreaking initiative that will impact up to 50 new hotels in the brand’s portfolio in the coming year,” Marriott is leading the industry in using modular construction properties in the U.S. In early May, Marriott International announced “a comprehensive expansion to its initiative to drive adoption of modular construction of hotels in North America,” expecting to sign 50 hotel deals in 2017 that will feature prefabricated guestrooms or bathrooms. In 2014, Marriott began its in-depth research into modular construction, identifying and vetting companies that could potentially manufacture high-quality prefab units and then announced the initiative at their CONNECT Conference.

“We believe the modular process will be a game changer for our valued development partners, especially during a time when labor shortages can be a challenge to timely openings,” said Karim Khalifa, Marriott’s Senior Vice President of Global Design Strategies. “As modular construction gains popularity and acceptance in the hotel industry, costs can also decrease over time.”

As of May 2017, Marriott had opened one new hotel under its modular initiative, Folsom Fairfield Inn & Suites in Folsom, CA, which was completed two months ahead of schedule. The project features units manufactured in Boise, ID by Guerdon (corp.), which were then transported to Folsom. On other projects, Marriott is teaming up with manufacturers Oldcastle SurePods and Champion Commercial Structures.

As old prejudices fall away, America’s hospitality industry is coming around to the obvious advantages of modular construction, including cost savings, greater quality control and dramatically reduced schedules. With wider acceptance, design teams will begin having fun with the possibilities of modular design. Globally some boutique brands are already finding the potential for “fabulous” in prefab design. Examples include Yotel (with a modular property a few blocks from Times Square), France’s Attrap’Rêves Bubble Hotel (with bubble-shaped see-through rooms) and Northern Sweden’s Tree Hotel (yes, in trees), which are accentuating the modular aspects of their design.

As Marriott, IHG and A-List brands make prefab units standard practices, the industry should expect a lot more modular properties in the near future.