After close to 30 years working in every nook and cranny of the industry, Anthony Melchiorri decided he wanted to make a television series which showcased just how exciting the hotel business could be.

“No one ever appreciates how much work is involved. When guests walk into a room and see a comfortable bed and an air conditioner that works and great design, they don’t think about the people behind it all,” he said.

Eight seasons and two spinoffs of Hotel Impossible later, it’s abundantly clear Melchiorri isn’t the only one who finds hospitality interesting. On the eve of his latest on-air endeavor, Extreme Hotels, he took to the stage at HotelSpaces, revealing lessons learned both before and after the fame arrived.

According to Melchiorri, many of the properties featured on his program tend to suffer from the same problem.

“Somehow, at some point, we’ve gotten away from our primary objective: to make the guest comfortable and happy,” he said.

Using his unique brand of tough love, Melchiorri spends each episode of Hotel Impossible working closely with hoteliers to improve a property’s prospects. Increasingly, the hospitality veteran feels much of his effort is spent combating a mindset that has managed to creep into the industry at large.

“There are some words going around I don’t particularly like. Everybody’s all about getting ‘back-to-basics.’ I hate those words,” Melchiorri admits, unable to hide his frustration. “When did we lose the basics? When did we lose being nice to people?”

As such, focusing on the basics is what Melchiorri spends a lot of his time doing when he first encounters a struggling hotel, working feverishly to rectify safety issues, confusing signage or trash in a parking lot.

For him, it’s the simple things, done right, which make all the difference.

"People go to a hotel to feel at home. That's the hotel business."

“I don’t care if you’re a developer or a designer or in management, but when that guest puts their head down on the bed, or goes to shower — your job is to make them feel safe and happy” he said.

A Little of That Human Touch

In order to successfully establish a home away from home, Melchiorri prescribes a belief he’s relied upon throughout his entire hospitality career.

"It's all about the human connection."

When Melchiorri turns up with a film crew at the doorstep of a hotel in need of attention, it’s the single biggest idea he drills into everyone he comes across.

“Running a business in this industry revolves around getting that front desk manager, or that general manager or that director of design or construction to understand that one thing,” he said.

In an age of heavily scrutinized online reviews and rising disruptors like Airbnb, Melchiorri believes establishing a human connection at every level of a hotel’s operation is now more important than ever.

“When Tripadvisor became a thing I fully embraced it. It’s a test of how good you really are,” he said. “It doesn’t matter if you’re a five-star hotel. Who’s going to want to stay in it if it’s rated on Tripadvisor as a two-star hotel?”

Freeing up the Connection

One simple way that hotels fail to establish a connection with guests is by neglecting to offer a different type of connection, free of charge

“So many times I go into hotels and they’re still expecting people to pay for WiFi. I don’t know why people are holding onto that,” Melchiorri said, with an obvious air of annoyance. “I won’t go to a hotel that chooses to nickel and dime me.”

Instead, Melchiorri put forward a strong recommendation for hoteliers to move with the times, or else suffer an unnecessary demise. 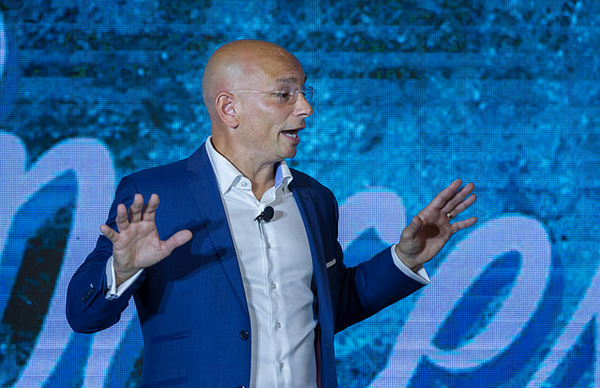 “When famous writers would come to the Algonquin (Hotel), we used to give them a pen to write with. Nowadays, their pen is the internet,” he reasoned.

At the same time, Melchiorri admits trying to keep up with endless leaps in technological advancement is just as counterproductive. In particular, he referred to lobby designs that feature interactive kiosks, claiming they prevent hotels from creating that vital early connection with a guest.

Thoughtful implementation of technology, however, can greatly enhance the experience.

“I recently stayed at a hotel in Costa Rica where I was greeted by a gentleman with an iPad, who then checked me in as he walked me to my room,” Melchiorri recalled. “He was using technology to speed up the process while talking with me and keeping that connection.”

Instead of getting caught up in complicated gadgetry, Melchiorri instead suggested hotels focus on crafting memorable experiences for their customers. Good hotel design, he asserted, should be built around showcasing the identity of a given locale.

“It’s all about authenticity. It’s not about having a particular design for the sake of it or simply because it’s pretty. It has to be functional, but it also has to make you feel something,” Melchiorri said.

This sense of authenticity is something which can be applied to any property, anywhere, regardless of the star rating attached to it. Before leaving the stage, Melchiorri urged attendees to adopt this kind of thinking at their own hotels, striving for excellence in every aspect of their operations.

“You need to think about the culture you’re creating. It’s easy to make the decision to do less when you’re a three-star hotel. But it doesn’t matter if you’re a five star or a two-star hotel. You can still do things right. In my mind, there’s no difference.” 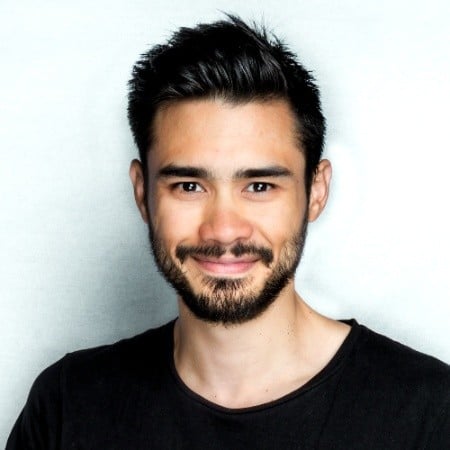